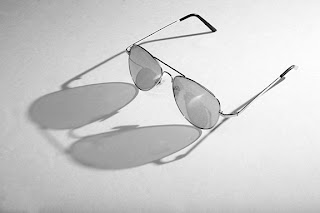 Well, as I wrote before, I hit NYC in the mid 70's. I had many patient friends there but that only went so far. I was basically an upstate boy transplanted to the big city and I was more than willing to stop and talk to each and every Moonie, Scientologist or homeless person that would stop me. This would greatly slow the progress of our group and they soon grew tired of me being left behind. I really had no idea why everybody would pick me to pour their lives out to. A friend suggested that perhaps the fact that I looked people in the eye was the key to my "popularity". Apparently, New Yorkers look straight ahead, not right or left and certainly not in anyone else's eyes. My friend was proven to be correct and this was shown to be true after I purchased a pair of "70's correct" mirrored aviator sunglasses. I slipped those babies on and low & behold, no stranger ever again stopped me to talk. The sad thing is, that after a year or so, I didn't really need the sunglasses anymore. I had become a true New Yorker and could walk down the street intent upon my destination, looking no one in the eye.........

Posted by Bill Truran Productions! at 9:33 PM No comments:

How many studios does it take to be a photographer in NYC? 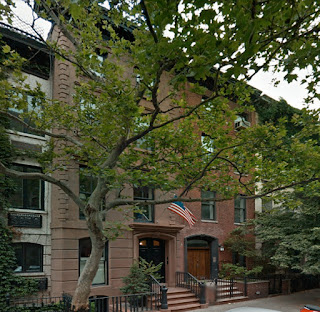 I moved to NYC right out of college because in my super ADD stupor, my good friend Mark Kozlowski said to me "you are  going to New York with me". So I did. The first thing I did was find a tiny studio apartment that I shared with the mice & the cockroaches. 211 West 22nd Street was in the Chelsea area. Back then the area was heroin addict-land and sketchy. Now it's pretty, gay and beautiful! I know I could never get the same apartment for the $200.00/month I paid back then. 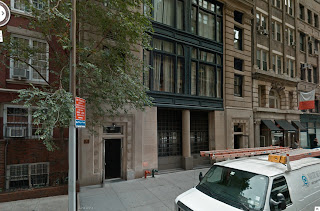 The second thing I did was to begin working freelance for Joe Toto here at 23 East 21st Street. Mark got me the job and I made money and learned a lot. 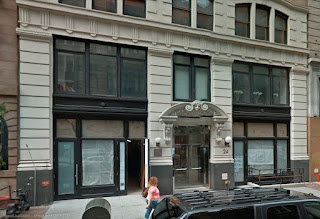 #1
Next, Mark and I got a 1200 sq. ft. studio across the street from Joe's at 24 East 21st Street. I think I maybe shot two jobs during the year. Mark shot lots. The Fania all stars were one of his clients so we had a steady stream of famous Latin musicians coming through. 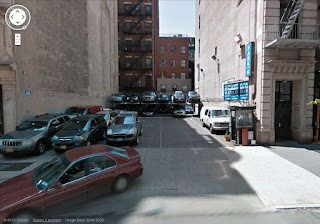 Some day I'll write about the time Mark & I got stopped by cops in 6 cars (2 were taxis, one cop was wearing a pink shirt) right outside our studios. They eventually let us go. 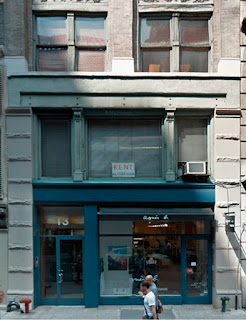 #2 &3
Next came this building. Russell Kirk and I originally shared the 4th floor but in 1979 I took the 6th floor by myself. I photographed the Trumps and lots of Brooklyn Union Gas shots up on that 6th floor. This building finally went co-op for $80,000. I was only 25 and still ADD so I just left. I never even considered buying it although I probably could have. This is still one of my slight regrets. Back then Union Square Park had a methadone clinic nearby and like my apartment in Chelsea was sketchy. Click on the link above and you'll see how beautiful the park is today.... 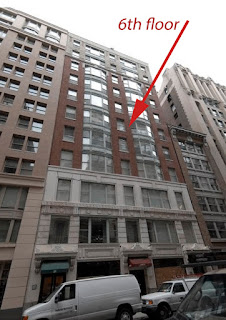 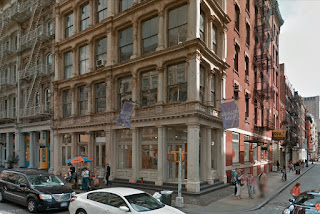 #5 (the last in NYC)
My last gasp in New York was a 600 sq. ft. studio down in Soho at 54 Greene Street. The commercial life continued to be difficult but I began to shoot catalog images for companies  like JC Penny. That was, until they moved to Plano Texas....
By the end of 1988 I was ready to leave New York City. By 1989 I was working for Nabisco in New Jersey. That began the next 14 year stint as an in-house digital photographer. Now I have been back on my own since 2004. I shoot small images in my basement studio and rent studios by the day for big shoots. So I guess the answer for me is it takes 5 studios to survive in NY.

Posted by Bill Truran Productions! at 11:50 AM No comments: 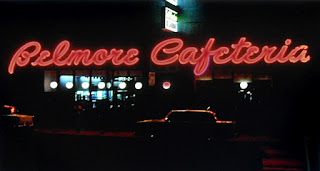 Does anybody remember NYC in the 1970's?
The Belmore Cafeteria was on the East side of Park Avenue South. It was an automat and close to my studios. It was a favorite of the taxi drivers which is probably why it was the real star in the movie of the same name... 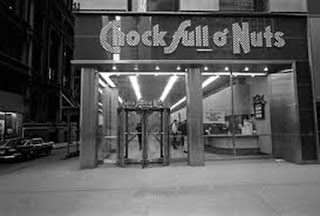 How about Chock full o Nuts? They used to be on almost every corner that wasn't taken up by a DuaneReede.
The Starbuck's of it's day, it offered better meals as well as great coffee. 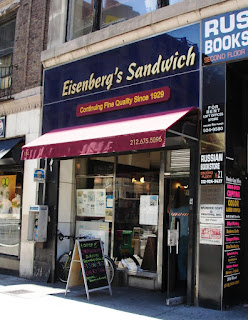 Eisenberg's was right around the corner from most of my studios.   I would enter, find a seat and be greeted with "Michael, where have you been?" Strangely my name is Bill but I never told the very old waiter in case he though I was a long lost relative... 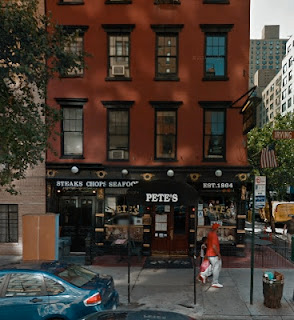 Finally there is Pete's Tavern. The last two images seem to be recent so I guess they are still around. I remember Pete's Tavern mostly because one of Jimmy Moore's girlfriends (before he was married) lived above and I painted her apartment once. Isn't an assistant's life grand?
That's a little dose of NYC from 40 years ago.

Posted by Bill Truran Productions! at 9:42 PM No comments: